Displaying user position inside a building is not accurate with just GPS. However, there are a multitude of Indoor Positioning Systems utilizing different technological approaches to providing an accurate and reliable positioning inside.

Mappedin Web SDK reads the browser's Geolocation API for position updates and displays a Blue Dot on the maps based on the given location. This guide will introduce the basics of setting up the Blue Dot as well as demonstrating how to override the location for testing purposes. The following sample will display a Blue Dot in a default position or if the map is clicked, moving the Blue Dot to that location.

With Mappedin Web SDK, it's easy to display the device's current location. You'll only need to call mapView.BlueDot.enable(). This will display a prompt to the user to allow or deny sharing their location with the web page. If permission is given, a device's geolocation is displayed on the map.

There are two useful events to listen to: position update and state change. For debugging purposes, you could add the following listeners. Position updates could be useful for reacting to a user entering or leaving a certain radius of a store. Status updates help handle situations where the position is no longer available.

However, when developing location-aware applications, we also need a way to override or simulate the current location. Overriding is possible with browsers' developer tools. We could also create a custom PositionUpdater that will send position changes to the Mappedin Web SDK. In addition to the venue download and show methods, we need to import BlueDot enums and the PositionUpdater.

If we want to provide the Mappedin BlueDot with a geolocation, we can do that with a PositionUpdater and calling the update method periodically. If we only called it once, the BlueDot would appear and then fade after a while when no updated positions were available. Our static PositionUpdater will then send the highlighted position update to the Mappedin SDK every second.

The coordinates below are located at the Mappedin Demo Mall. If the accuracy value is higher, a semi-transparent circle will be drawn to indicate uncertainty in the displayed location.

The code above updates the position every ten seconds to keep it fresh. If the location is not updated frequently, the Blue Dot will turn grey to indicate that no recent location updates have been received. Now, to display the Blue Dot, we need to edit the BlueDot.enable() call to give it our custom staticPositionUpdater. 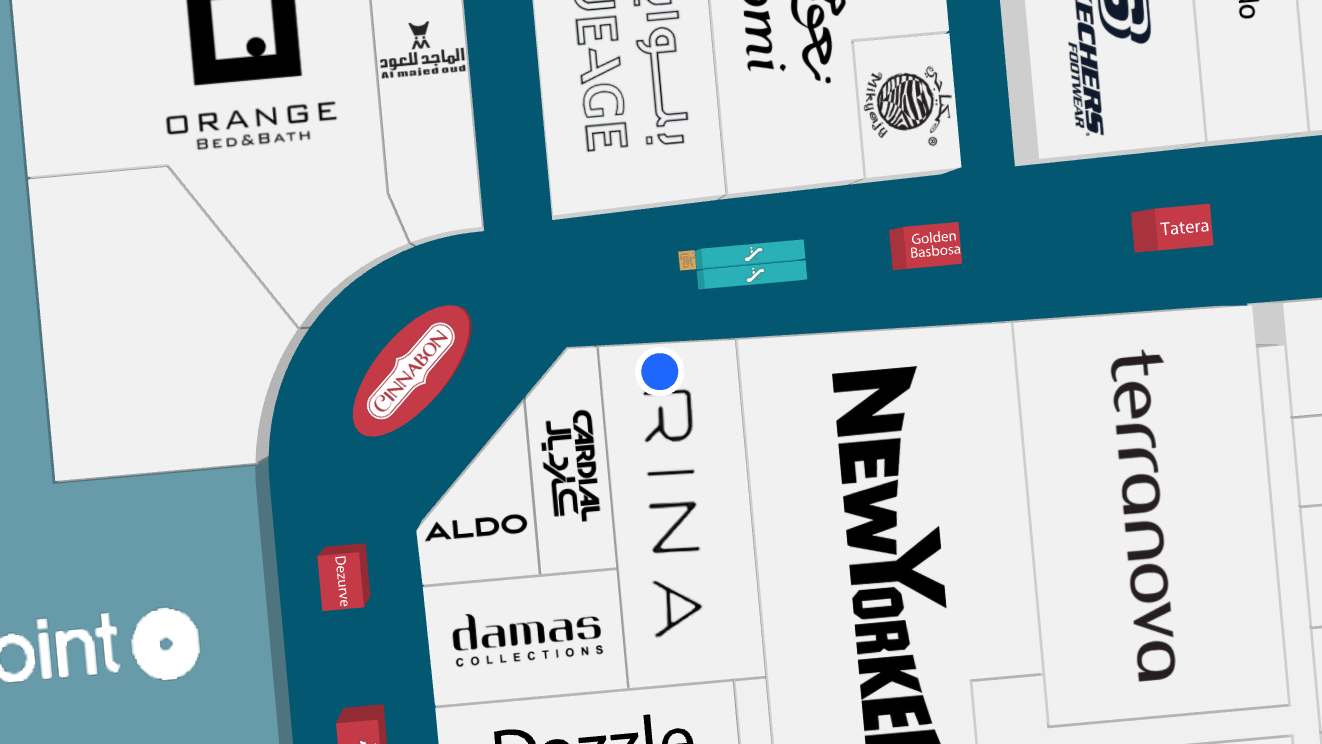 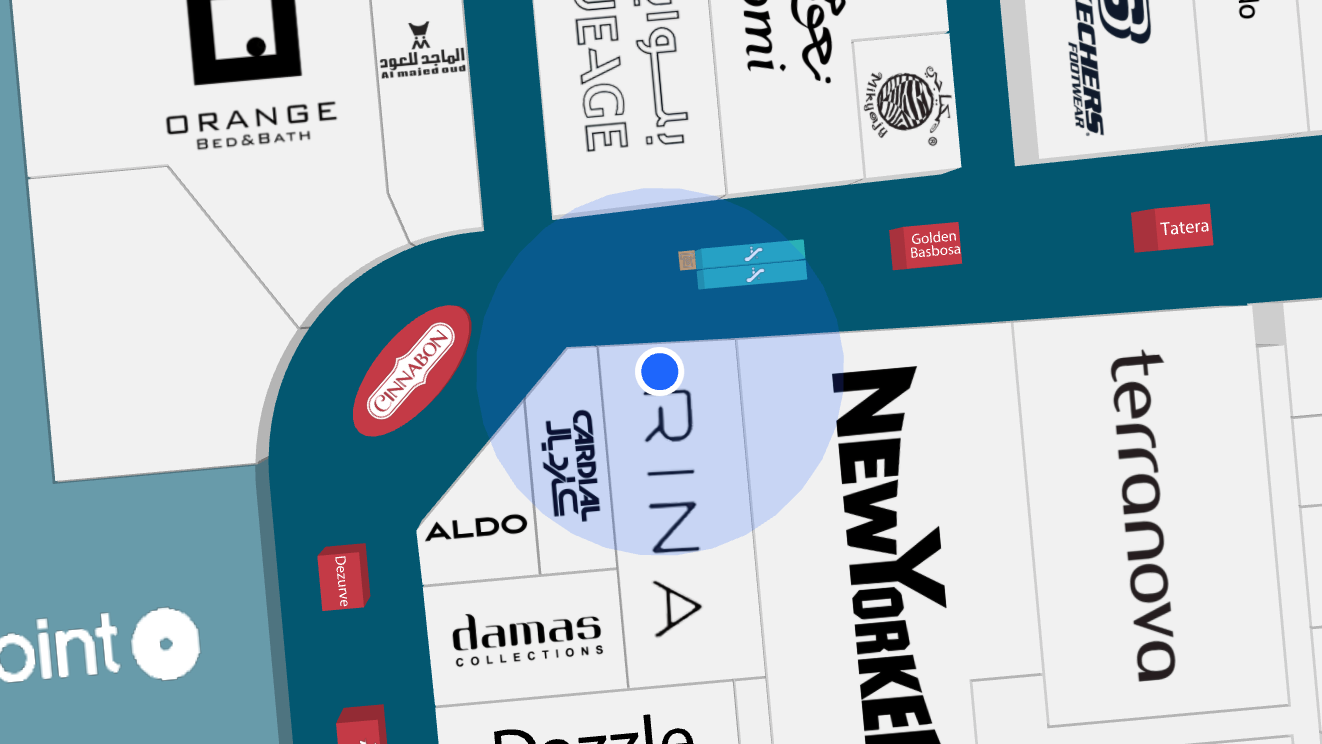 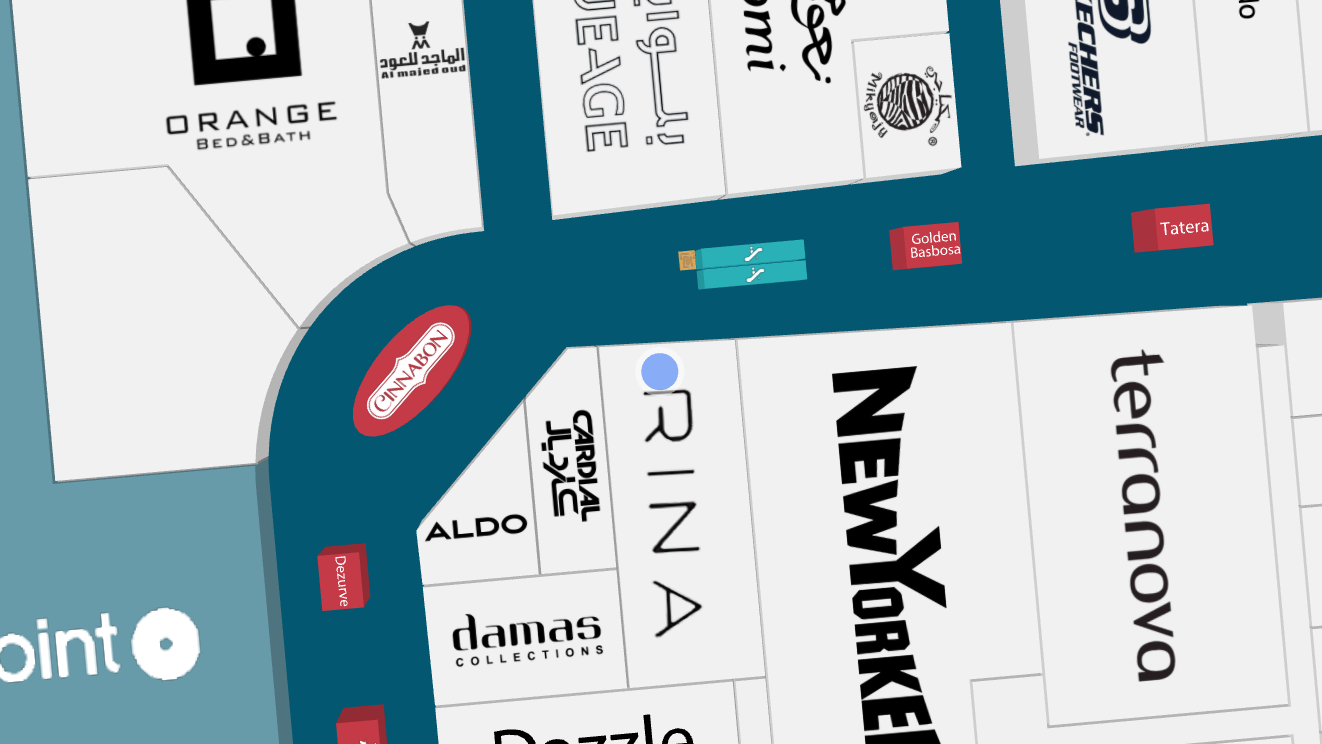 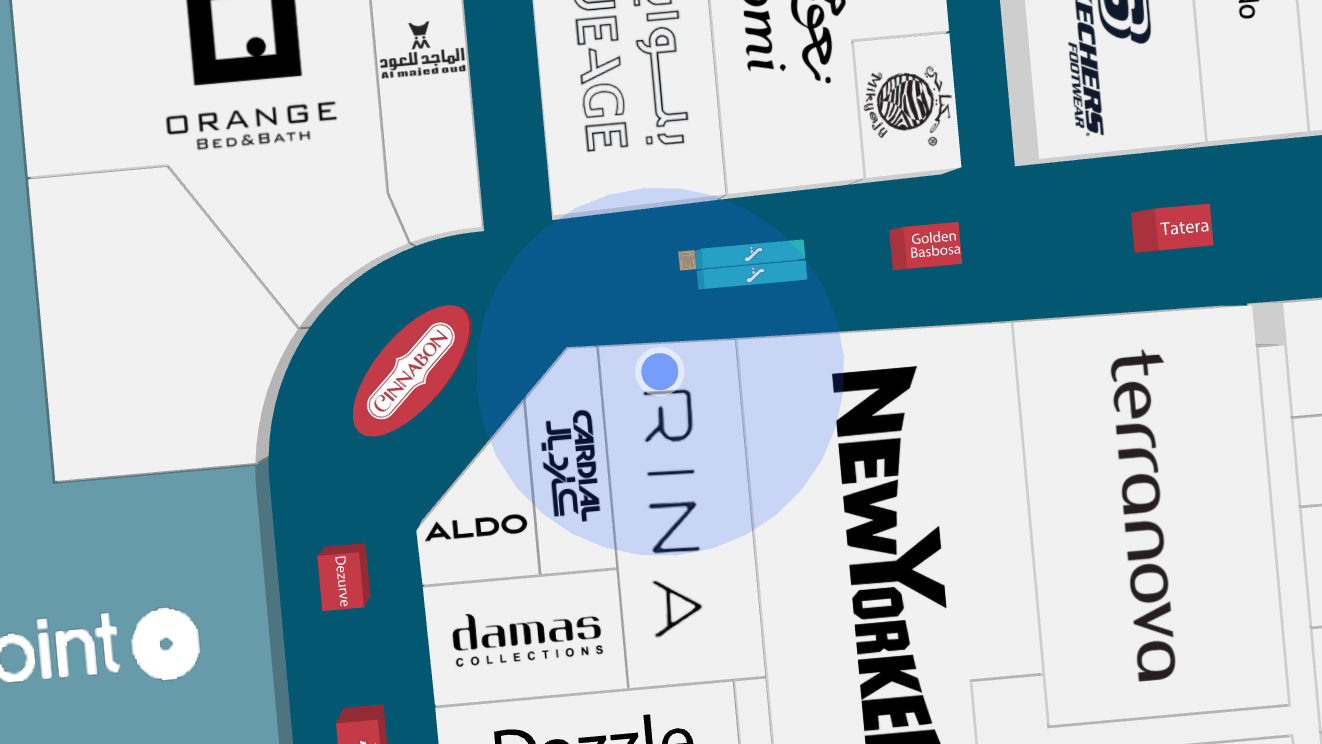 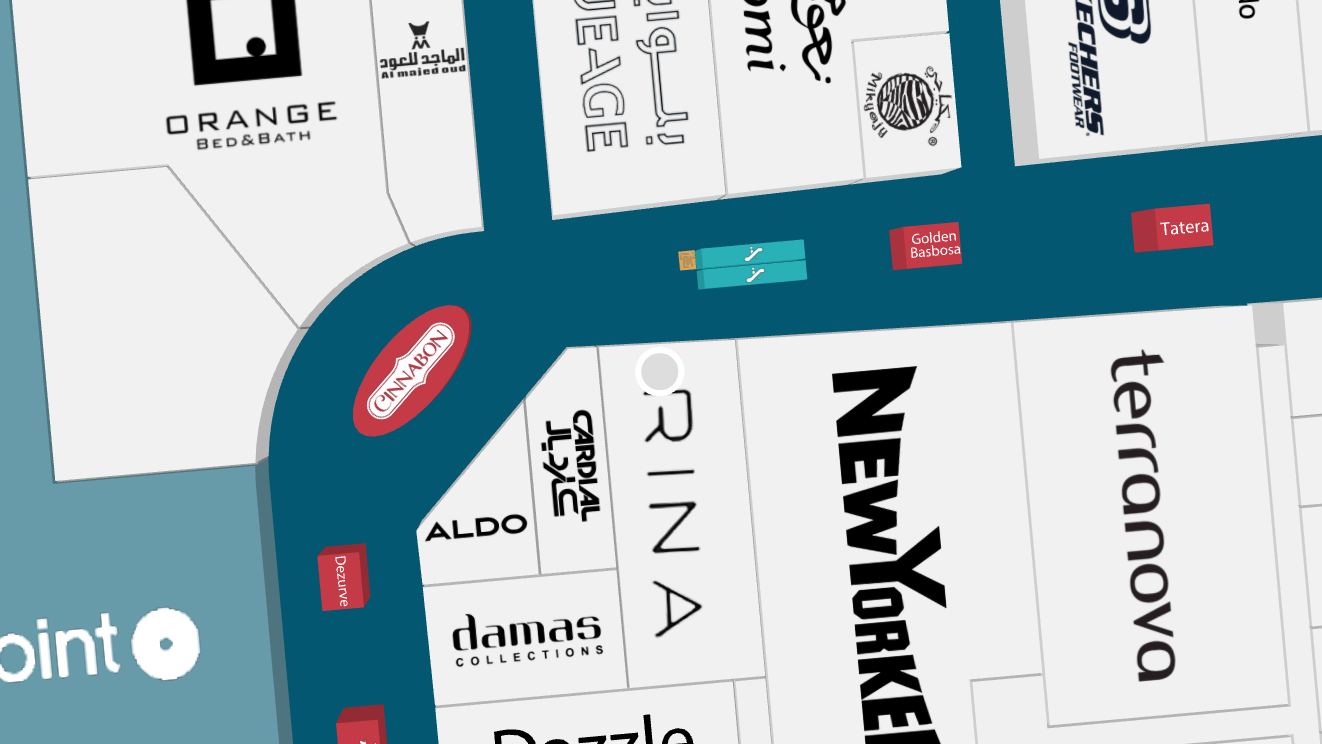 In some instances, a user may pan the camera away and lose track of their own Blue Dot position. You may want to snap the camera to the user's location to reorient themselves. While this could also be done using camera controls, we'll leverage the map STATE to pin the camera to the Blue Dot's location.

By default, the map starts in EXPLORE mode allowing the user to freely control the camera position. To pin the camera to the Blue Dot, you need only set the camera state to FOLLOW with Blue Dot enabled.

You will now see the camera animate to the Blue Dot position whenever it is updated, however, it doesn't zoom or rotate. When providing wayfinding directions, it may be beneficial to orient the camera along the route you expect the Blue Dot to follow. You can enable this by adding an additional flag useRotationMode: true to BlueDot.enable().

This feature only works when using the Journey helper class. The camera will not rotate with a regular path created via drawPath(). You can read more about path differences in the A-B Wayfinding guide.

The camera will now zoom and follow the rotation of the path, so long as the Blue Dot does not deviate too far from it.

Was this page helpful?